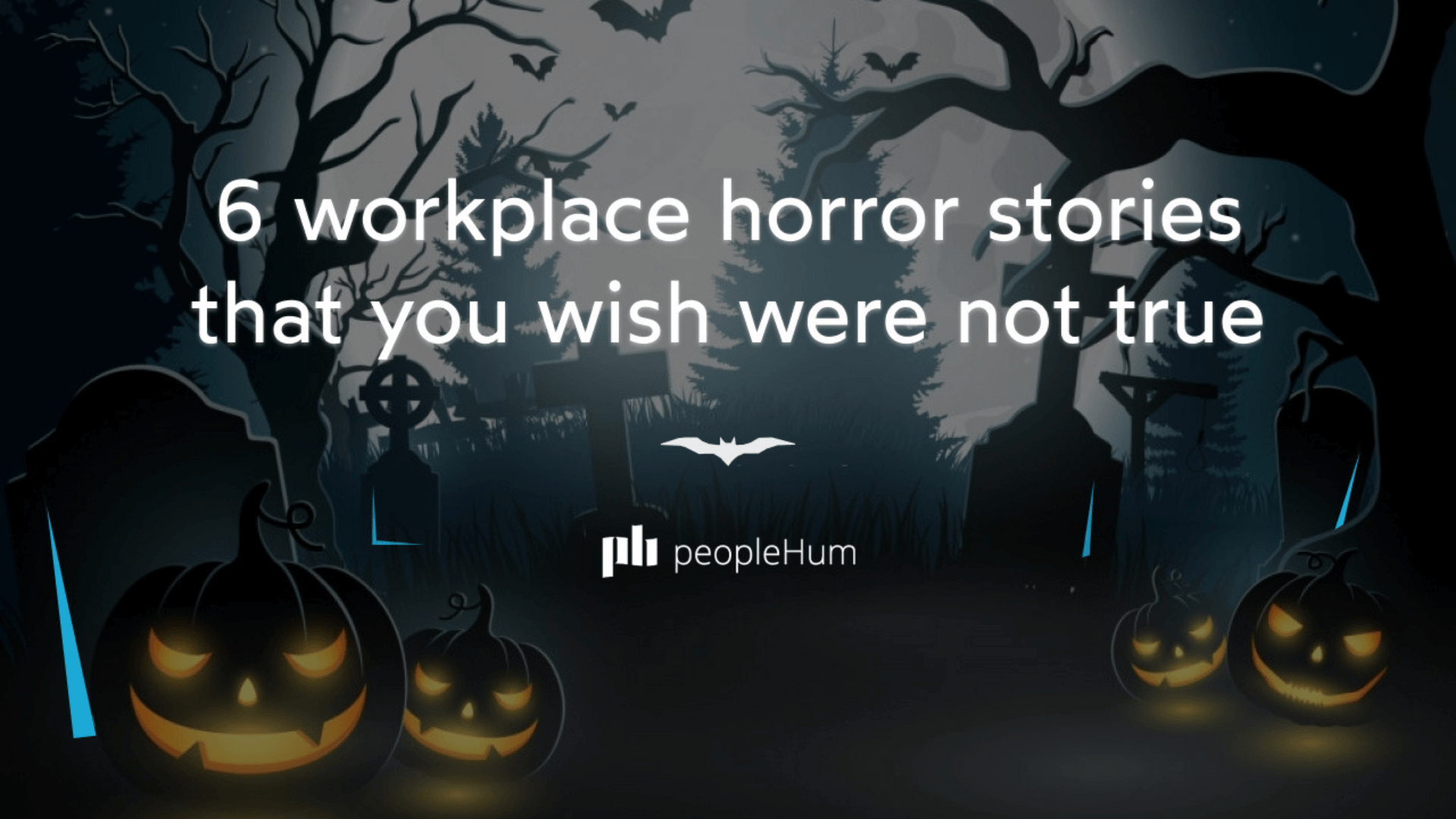 6 workplace horror stories that you wish were not true

It’s the time of the year for spooky tales that will shake you to your core. You’ve probably heard your fill of Halloween themed horror stories before. But, now, as grownups, there’s another class of horror stories that will hit you differently. We’ve got some scary tales to tell and they've come straight from the workplace.

In the spirit of Halloween, we’ve gathered some of the most terrifying workplace horror stories that tickled our funny bones and made us cringe. So, without further ado,

Workplace Horror Story #1 - The Tale of the Shortest Job

Have you ever wondered what the record for the world’s shortest job could be? After all my wanderings, it would be quite difficult to find one that competes with this story.

“I got hired for a corporate job. I had my first day and it seemed to be going well and then I, and the rest of my department, got called in for a surprise meeting.

Turns out we were all getting laid off.

Yep. I got laid off on my first day. That HAS to be a new record, right?”

Workplace Horror Story #2 - The Twisted Tale of the Hungry Temp

Could hunger cost you your job? As Greg Savage, the founder of The Savage Truth, found out, it can indeed be so.

It happened after a temp was hired for a paralegal role. At 11:30 am on the temp’s first day on the job, Greg received a call declaring that the temp had been fired.

“Our consultant was horrified. What had he done? Picked a fight? Destroyed the IT system? Propositioned the CEO? No, it was simple. And tragi-comedic. Our temp, on day one of his assignment, had strolled over to the communal fridge and calmly eaten three employees’ lunch! By 11:30!”

After confronting the bemused temp, he claimed he thought the lunches were for ‘general consumption’.

“I have heard of Temps being fired for a wide range of illegal, sexual, racist, drunken and other behavioural misdemeanours. But eating three co-workers lunch? Three? Before noon? On day 1? That is a top effort!”

As if the ordeal of job hunting wasn’t horrifying enough, here’s one cautionary tale to keep you reeling.

“I sent a digital resume and cover letter via email for a position as a technical writer. Within a few hours, a message from the director in charge of hiring came via email. Full of anticipation, I opened the email to find a terse message: ‘your resume is infected with a virus and has been quarantined.’

A person cannot fully recover from an infected resume. I did not pursue the position further.”

Workplace Horror Story #4 - The Tale of the Rude Interview Crashers

A pleasant interview experience may not always be in the cards, and this one is just a cherry on the top of a disastrous cake.

“One of my first jobs as a supervisor was to interview candidates for an administrative assistant,” Leigh S. recalls. “We scheduled a full day of screenings. Following a very wet and rainy night, some areas of our office roof were leaking and maintenance had a couple of buckets in the hallway. Not a great first impression, but hey, it was a quaint old office building. Each applicant had to complete a battery of written tests.

As one candidate dutifully sat at a desk outside my office, I heard a “crack,” a “swoosh” and then a huge splash. The ceiling tile just above the candidate had collapsed under the weight of the rain water and drenched her. Wet but unharmed, the experience clearly dampened her spirits and her prized interview suit. She immediately informed me that she was no longer interested in the job.”

Here’s one tale to usher in the spirit of Halloween, in all its chaotic glory.

“I have a very fun-loving office. So for Halloween last year I dressed as Darth Vader and planned to enter my meetings with his theme music playing. So I went to our meeting room, threw open the door, and marched in with this loud dramatic music.

Only to realize my meeting had been moved to another room and another department of very serious people I didn’t know were staring at me like I was insane.”

There’s no way of sugarcoating this - It’s just straight-up brutal.

“I once got talking to a guy whose job it was to go into a company, sit alongside the Systems Administrator for two weeks, and write a professional audit on his processes and practices.

Naturally the system admin would be on his best behaviour, showing off all the clever things he did to keep the company's computer network ticking over.

At the end of the two weeks, the system admin would be fired. There was never any audit: this was just the method the company used to replace their IT people without disruption, making sure the new guy was trained up and the old guy didn't cause any damage before he left.”