The notion of feedforward

As we go through life, we tend to look back on what has made a difference to us. I particularly remember a series of deep insights I have had from people I’ve worked with or whom I’ve learned from, that have led me to create new ways of approaching leadership and personal growth — and building an earned life.

These are the concepts of

Here, I’d like to explore the notion of feedforward.

“Feedforward” is a word I started using after a conversation with the writer John Katzenbach when I began coaching CEOs.

It was my counterpoint to “feedback,” the more common term for an exchange of workplace opinion. Whereas feedback comprises people’s opinion of your past behavior, feedforward represents other people’s ideas that you should be using in the future.

Feedforward was the final structural element in a client’s 12-to-18-month campaign of changing one agreed-upon behavior—after the client commits to the change, publicly announces the intention to change, apologizes for past poor behavior, and asks people to point out any backsliding, always thanking them for the help.

The feedforward step was not complicated:

Repeat these steps with your other stakeholders.

Feedforward was an instant hit with the CEOs, unaccustomed as they were to receiving candid advice from their subordinates. It brought discussions about their behavior down to the intimate scale of two human beings talking.

It worked because, while successful people don’t necessarily enjoy criticism, they welcome ideas for the future. Plus, the CEOs didn’t have to act on any of the suggestions. They were only required to listen, and then say “Thank you.”

At some point, I suggested that the CEOs return the favor and ask their counterparts to identify something they would like to change, turning the conversation into a two-way exchange. The advice givers were rarely members of the CEOs senior management team. They were farther down the food chain. Yet feedforward allowed them to talk as equals with the boss—just two people helping each other. (Think Barack Obama playing basketball with the White House staff during his presidency. On the court, rank doesn’t matter — everyone, including the president and his teammates and opponents, is equal.)

Feedforward is a very easy and welcome concept to grasp (because it’s an insight or tip, not a critique), even when it’s being exchanged between strangers.

Once I was one of the speakers at a big event in Moscow, in an arena of 50,000 people, most of whom were listening to me in translation.

I asked the crowd to stand up. Find a partner. Introduce yourself. Pick one thing to improve. Ask for feedforward. Say thank you. Ask your partner what he or she would like to improve, then offer feedforward. Keep repeating with new partners until I say stop. The volume and temperature in the hall was palpably higher as I stood onstage for 10 minutes and watched 50,000 people animatedly talking to one another.

The structure of feedforward created something I didn’t see every day in the upper reaches of a corporate hierarchy: reciprocity with genuine goodwill and no judgment.

Blogs related to "
The notion of feedforward
" 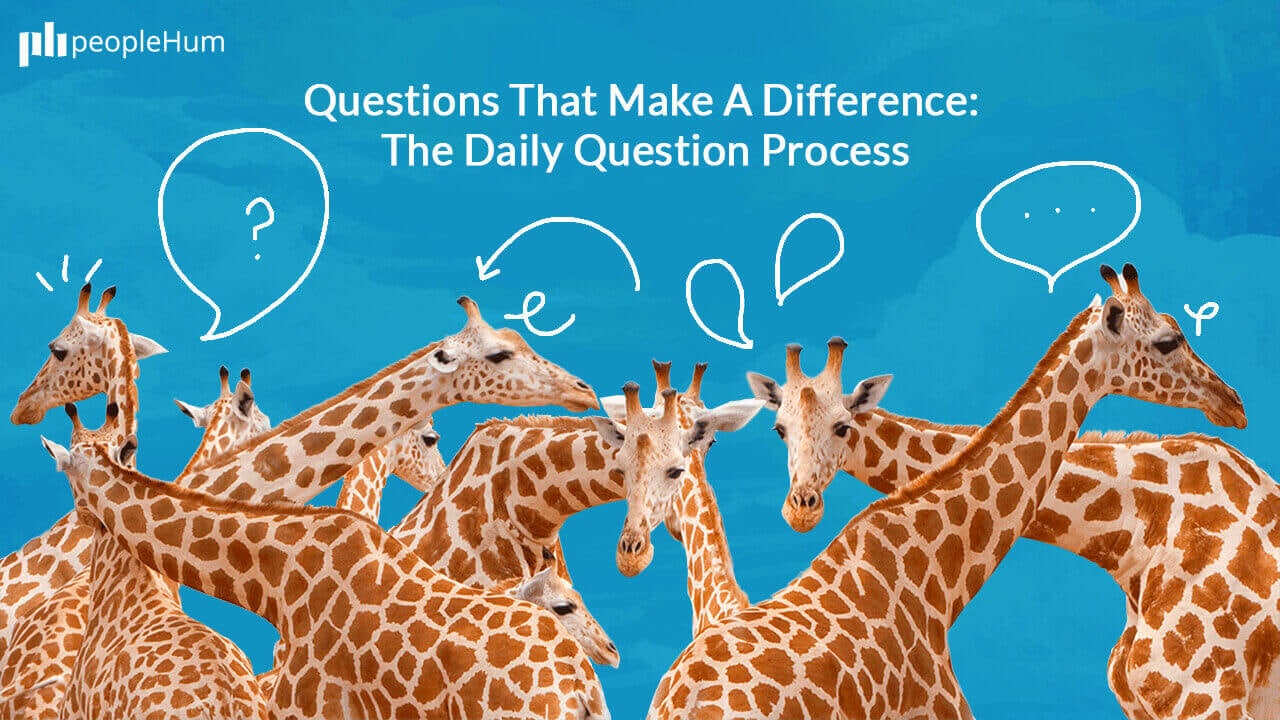 Here's Marshall Goldsmith's Daily Question Process. What is it? How does it set a confrontational challenge? And what makes it work so well? Read this blog to uncover it all.