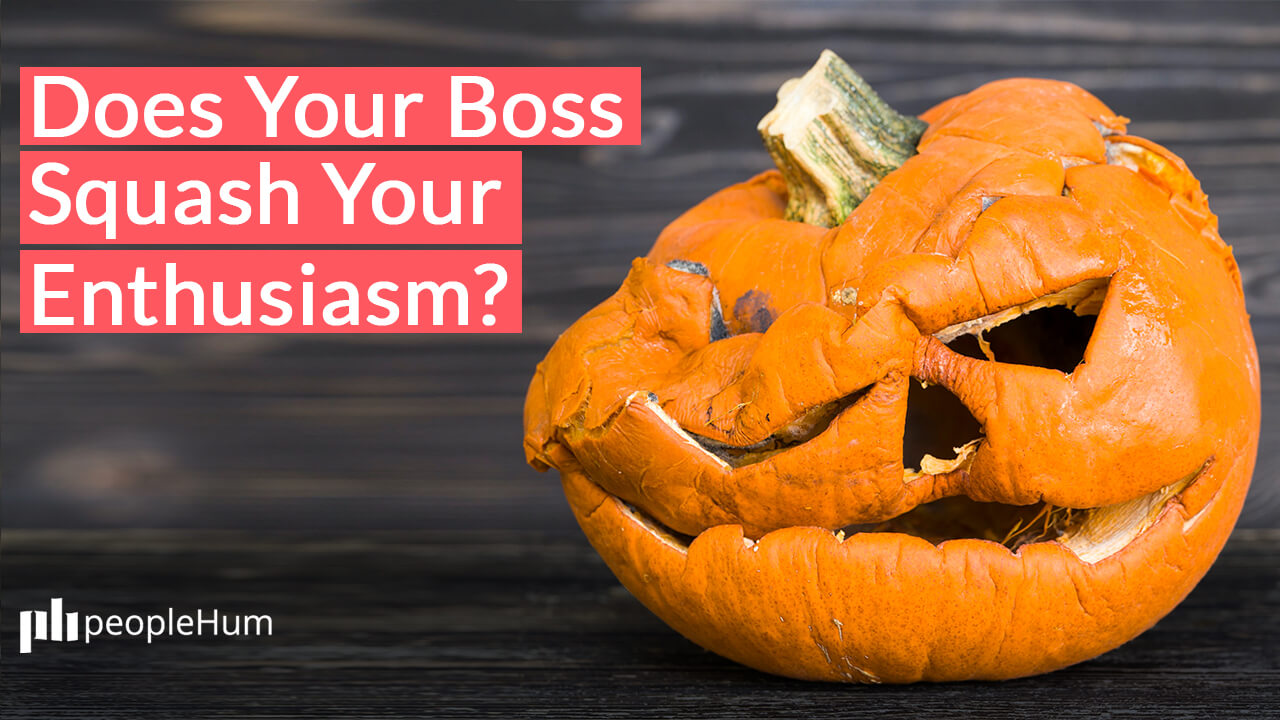 Does Your Boss Squash Your Enthusiasm?

If you feel like your boss is squashing your enthusiasm for your ideas and projects, it may be that he or she has the classic bad habit of Adding Too Much Value.

This bad habit can be defined as your boss’s overwhelming desire to add his or her two cents to every discussion, and it is common among leaders who are used to running the show. It is extremely difficult for successful people to listen to other people tell them something that they think already know without communicating somehow that (a) they already knew it and (b) they know a better way.

What is the problem with adding too much value?

It would seem like it would be better for all concerned if our ideas were always improved upon. It’s not. Imagine as an energetic, enthusiastic employee you go to your boss’s office and excitedly share your idea with your boss. Your boss thinks it’s a great idea and instead of saying, “Great idea,” she says, “That’s a nice idea. Why don’t you add this to it?”

What does this do? It deflates your enthusiasm; it dampers your commitment. While the quality of the idea may go up 5 percent, your commitment to execute it may go down 50 percent. That’s because it’s no longer your idea, it’s now her idea.

An exceptional leader will take heart of the following equation:

Effectiveness of Execution = Quality of the idea x My commitment to make it work.

And as you rise in levels of leadership in the organization, it’s important to recognize that the higher you go, the more you need to make other people winners and not make it about winning yourself.

A lesson in Adding Value from a great CEO

I asked my coaching client J.P. Garnier, former CEO of the large pharmaceutical company GlaxoSmith Kline, “What did you learn from me when I was your executive coach that helped you the most as a leader?” He said, “You taught me one lesson that helped me to become a better leader and live a happier life. You taught me that before I speak I should stop, breathe, and ask myself, ‘Is it worth it?’

He said that when he got into the habit of taking a breath before he talked, he realized that at least half of what he was going to say wasn’t worth saying. Even though he believed he could add value, he realized he had more to gain by not saying anything.

What does this mean for leaders and people who want to be leaders?

It means learning how to closely monitor how you hand out encouragement and suggestions. If you find yourself saying, “Great idea,” and following it with “But,” or “However,” try cutting your response off at “idea.” Even better, before you speak, take a breath and ask yourself if what you’re about to say is worth it. You may realize that you have more to gain by not winning (adding value)!

Blogs related to "
Does Your Boss Squash Your Enthusiasm?
"