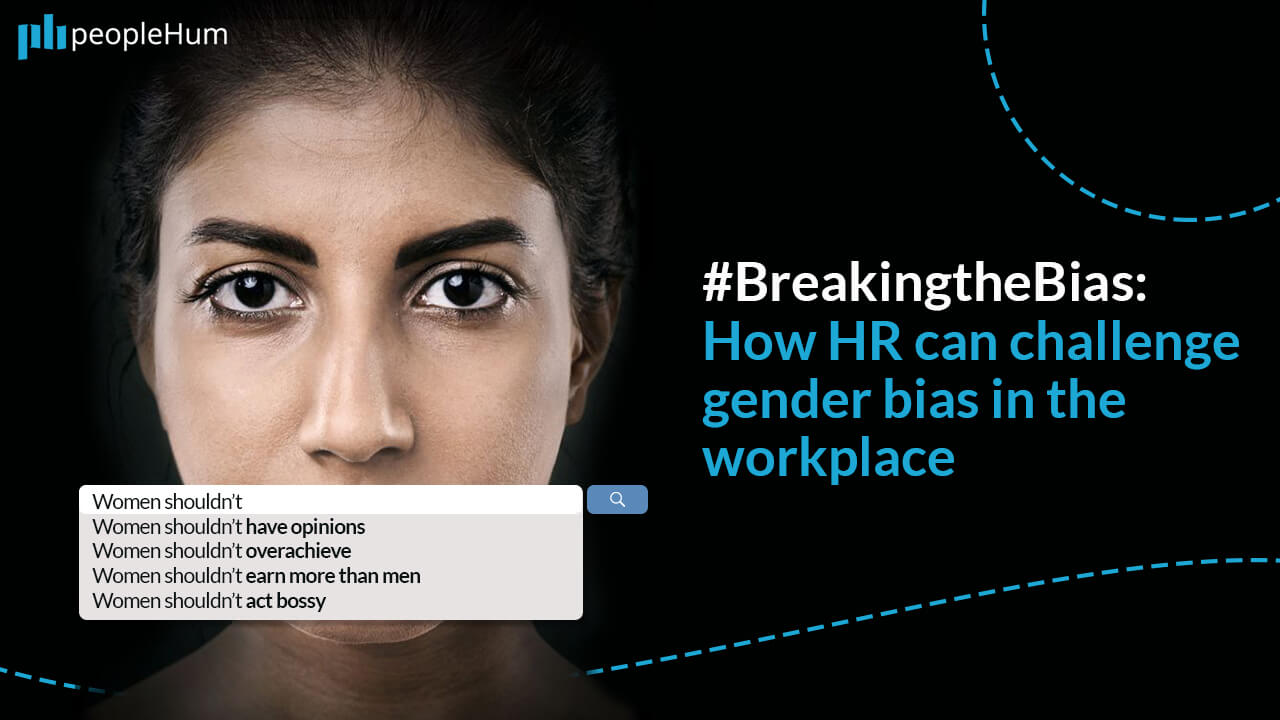 How HR can eliminate gender bias in the workplace

Sustainability is a term often associated with the preservation of our planet for a liveable future, and indeed, that is what this year’s theme focuses on: the vital link between gender, social equity, and climate change. It recognises that without gender equality today, a sustainable and inclusive future will remain out of reach.

What’s that got to do with how HR can eliminate gender bias in the workplace? Biases are prevalent in most of our human lives. Our brains are hardwired that to make categorisations and generalisations to make sense of the complicated world we live in.

But biases can also result in harmful prejudices, similar to the kind women continue to face in the workplace even today. Unconscious gender bias in the workplace, when attributed as stereotypes towards a historically marginalised group, tends to adversely affect how they understand and engage with the world.

On International Women’s Day, we recognize that women are making neck-breaking advancements in every field - but we also recognize that there is still more work to be done to eliminate gender discrimination in the workplace and create an equal and diverse culture for all.

And that’s why, on this day, we elect to heed the theme of International Women’s Day 2022 to Break The Bias -

“Imagine a gender equal world. A world free of bias, stereotypes and discrimination. A world that’s diverse, equitable, and inclusive. A wold where difference is valued and celebrated. Together we can forge women’s equality. Collectively we can all #BreakTheBias.”

How HR can eliminate gender bias in the workplace

Here are some ways HR can solve gender discrimination in the workplace;

Have you ever heard your female co-workers being referred to as “girls” in the most casual, off-handish way? Reckon it happens more often than you think.

HR Expert Dr. Ella F. Washington, professor of practice at Georgetown University’s McDonough School of Business and the founder of Ellavate Solutions defines microaggressions as, “the everyday subtle, unintentional - but sometimes intentional - interactions or behaviours that communicate some type of bias towards a historically marginalised group.”

“Microaggressions, for so long, have been thought of as acceptable forms of comedy. Someone says an offhanded joke, and people laugh and kind of keep going. People don’t realize they’re being offensive,” explains Dr. Washington.

How can HR eliminate gender bias in the workplace that is implicit and unconscious as microaggressions? Trying to fully “solve” or “eliminate” microaggressions at work sounds like a righteous but unattainable goal, and having an anti-discrimination policy won’t be enough to cut it.

HR teams and leaders alike need to be consistent in handling complaints and providing training on how to identify and address microaggressions. To address and correct gender discrimination in the workplace, and accelerate gender parity, HR needs to spot, speak up, and eliminate the bias in important people decisions.

Microaggressions are more common in women than in men at work. However, for women of colour and other traditionally marginalised identities, these employee experiences are more common and reflect a broader range of biases.

Women of colour are far more likely than White women to experience disrespectful and “othering” microaggressions, which reinforce harmful stereotypes. They are twice as likely to feel burned out, and are three times as likely to say they have struggled to concentrate at work as a result of stress.

Moreover the allyship gap still persists. Despite the fact that more than three-quarters of White employees consider themselves allies to women of colour at work, less than half engage in basic allyship actions such as speaking out against bias or advocating for new opportunities for women of colour.

Laura Morgan Roberts professor of practice at the University of Virginia’s Darden School of Business, and CEO and Founder pf The Alignment Quest Enterprise, LLC recommends a three-part framework where senior leadership and HR can eliminate the bias and engage in an open-minded way:

One way to solve gender discrimination in the workplace is by doing an audit of the organization’s practices with respect to race, and the representation of employees at various levels in the organization and what that story tells you by way of race and power and how it’s distributed within the organization.

After acknowledging the harm that has been done and addressing the inequity that is present, the next step is to affirm one’s right to personhood and humanity. Affirmation has to be signalled and communicated in the ways employees communicate to and interact with one another. It is important in the way one listens and engages with these conversations.

After gathering the data and listening to the stories, come up with the agenda that speaks to your role in the broader society. How are you going to change your talent management practices so that they are not subjected to racial bias and stereotyping?

According to a Built In report, women who work full time in the U.S typically earn 79 cents for every dollar that their male counterparts earn. While the statistic may look startling, it also important to note that one of the important factors behind this is that some are less likely to hold senior roles with higher salaries than men.

20 percent of HR professionals are aware that the gender pay gap exists in their companies. And that is why Katie Donovan, founder and equal pay consultant for Equal Pay Negotiations LLC states that HR is naturally positioned to take the lead. “Human resources has all the data and can see the big picture. They are probably aware of the problem long before anyone else,” Donovan says.

They can’t obviously solve the problem alone, but HR can eliminate pay disparity and gender bias in the workplace by, “leading, inspiring, advocating, and pushing back when managers are about to put the organization at risk with questionable compensation decisions.”

"Women and especially women of color also lack the professional development at work that is required to advance," said Marsha Guerrier, founder of HerSuiteSpot, a network supporting women of color as leaders and entrepreneurs. "Without recognition and development, women often wait to be recognized for their contributions and don't feel confident enough to speak up.”

At the other end of this bias, women who are “Onlys” — that is, they are frequently the only people of their race or gender in the room at work —  have especially difficult day-to-day experiences. Their successes and failures are frequently and closely scrutinised, and are more likely to encounter negative comments and behaviours.

Senior leadership and HR can eliminate gender bias in the workplace and break the glass ceiling by fostering an environment in which women are encouraged to take on leadership roles. This may require companies to offer mentorship, professional networking and professional development opportunities to all employees. Companies could also create a meaningful DEI strategy for their leadership pipeline that is aligned with the mission, vision, and values of the organisation.

"Men will apply for a job when they have 60% of the prerequisites. Women won’t apply unless they meet 100% which is another example of gender bias in the workplace. The same thing applies when women say they “don’t feel ready” for an opportunity at work or taking a risk that could catapult their career progress," says Shadé Zahrai, Principal and Director of Influenceo Global.

The bias of self-sabotage manifests in the form of self-doubt, perfectionism, or even in the imposter syndrome. However, HR can eliminate gender bias inherent in self-sabotage by creating a space where women are comfortable making a mistake and can learn to build their resilience and confidence. Getting to that place will enable them to:

"We all have a combination of both “feminine” and “masculine” strengths, and we owe it to ourselves to embrace them all. This means embracing your empathy, consideration and nurturing style in the office along with your assertiveness, confidence and competitiveness. It’s not about molding to fit a stereotype that we believe others want us to conform to. You do you. Everybody else is taken" -  Shadé Zahrai