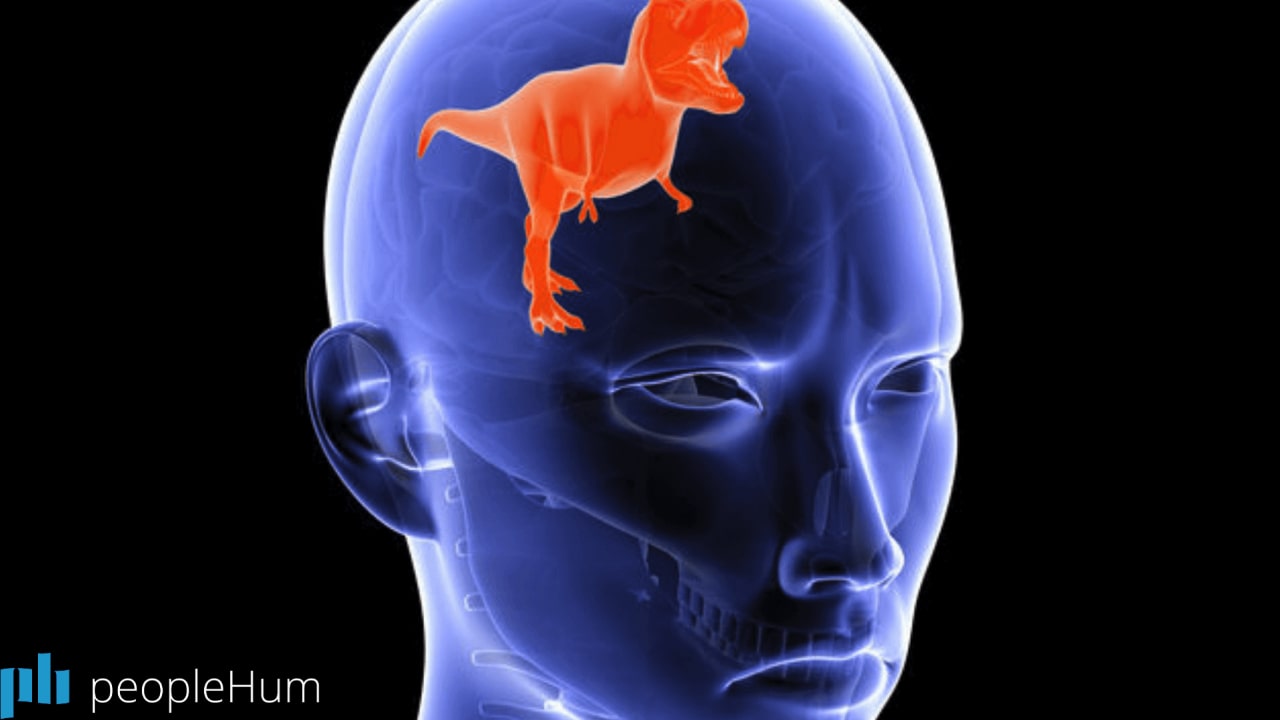 How to confront ‘Lizard brain’ and make better decisions at work

Steve Haffner is a professional speaker — but he’s also a mentalist, adept at taking advantage of the tricks our subconscious mind can play on us to create wondrous, astounding illusions.

Beyond showing us things we can’t believe, Haffner spends a lot of time thinking about the subconscious mind. And while manipulating minds is a career we can all be jealous of, Haffner says he’s found that the mind has internal stumbling blocks that can have a disastrous effect on organizational culture.

To use his term, businesses have a “lizard brain” problem. And if organizations want to reach their full potential, they have to do everything they can to evolve beyond this issue.

What is Lizard Brain at work?

Human beings are highly evolved mammals who have developed amazing technologies — nuclear fusion, the airplane, Netflix — so what exactly do the brains of scaly little creatures have to do with us? Really it’s just a figure of speech. Haffner describes “lizard brain” as “those primitive impulses and subconscious things that developed millions of years ago in our development that still affect us now in the modern world.”

While there’s something to be said for a survival instinct, the issue with “lizard brain” is that these survival instincts can have a ripple effect that goes beyond avoiding threats to cause us to make poor decisions. “When we have negativity and fear that are overwhelming us and coming into our decision making, that’s the lizard,” Haffner says.

How Lizard Brain Affects the Workplace?

“Lizard brain” is an attitude that can bleed into organizational in taking better decisions, and organizations need to be aware of how their actions and policies can create negativity in their employees.

Poor policies, Haffner says, breed suspicion and mistrust. “The lizard is suspicious because it’s always assuming the negative,” he says. “Suspicion can invade … at the systematic level, as well as at an organizational level.”

Haffner cites a former employer as a textbook case for how “lizard brain” can create a negative environment. The employer required new system engineers to sign an agreement to compensate the company if they quit before three years of employment. Although the policy was designed to offset the considerable expense from training new employees, ultimately it created suspicion. “We felt like the company was suspicious of us, and that made us suspicious of them,” Haffner says.

“Lizard brain” also plays a large part in navigating our biases. Organizations have been incredibly cognizant about confronting biases based on race and gender. But even something like a college affiliation can create a bias, Haffner warns. Being aware of these workplace biases is an important step toward evolving past lizard brain — but steps still have to be taken to counter them.

How to make better decisions and confront the Lizard Brain at work?

The mind is a powerful thing. That’s why every organization has an imperative to conquer the invisible stumbling blocks that can lead to chaos.

As an individual, confronting your own lizard requires being able to take a step back to evaluate your decisions. Haffner recommends adopting a thoughtful, mindful attitude. Ask yourself if there’s a reason for the fear you feel, or if it’s driven by something a bit reptilian.

However, for organizations, it’s not possible to simply take a step back. They’re made up of numerous individuals, each with their unique “lizard brains.” To ensure your team members are on the same page, Haffner suggests creating an organizational values statement. This creates a baseline approach to evaluate new policies and be sure that better decisions aren’t guided by cold-blooded instincts. “The dichotomy is you want your decisions to align with your values and your goals, but the lizard has something completely different in mind,” Haffner says.

Beyond combating lizard brain, values statements are a great tool for attracting candidates — and they give you a chance to stop the spread of “lizard brain.” “It gives candidates a chance to understand where you’re coming from as a company,” he says. “If their values don’t align with your values, you kind of know it’s a bad fit from the beginning.”