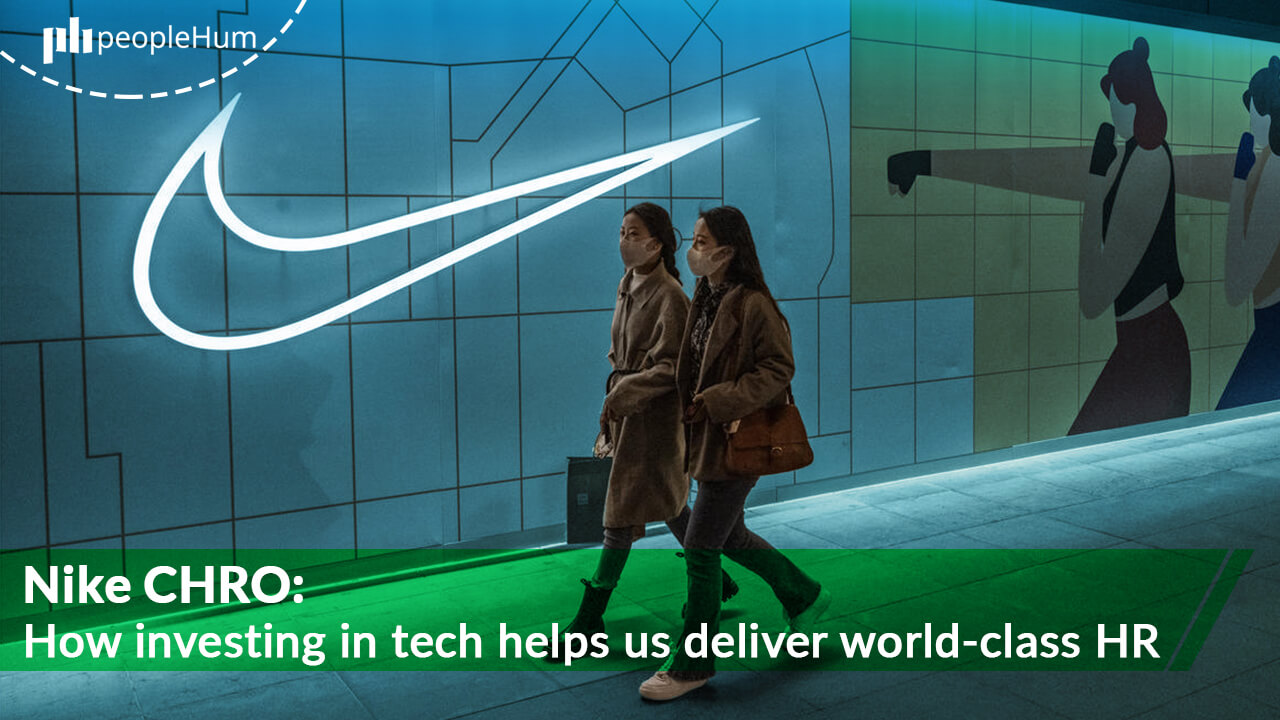 The Nike Swoosh is one of the most recognizable logos of the world. A simple illustration, consisting of only two lines. At its most fundamental level, the symbol represents motion and speed, the shape depicting an arc of movement.

Today, Nike remains as the leading sports apparel manufacturer with 78,000 employees across the globe. Heading Nike human resources is Monique “Mo” Matheson, Executive Vice President and Chief Human Resources Officer for Nike. Inc., who is a 24-year veteran of the company, and is leading the charge in enhancing employee experience during the three major turbulent events of our time - a global pandemic, the Great Resignation that followed, and the return-to-office debate.

The time to be more Nike than ever

The company's disposition towards innovation as well as their winning spirit are some of the reasons why Nike human resources ranks among the most admired. But what makes them certain of their capability in delivering efficient and effective world-class HR?

The answer can be found in Nike’s Lean Management Framework, the company’s strong human resource policies that are critical to building an engaged workforce. These include:

The focus of Matheson’s mission at Nike has been its employees, whether it's implementing Nike HR technology solutions, creating attractive career paths, driving digital business, or strategizing how to bring employees back to office.

Matheson adds, “One of the best pivots that we made to get the executive team on board was to make it clear that this investment is not for HR. This investment is for the company [and] our employees.”

This approach, according to Matheson, is what will help in efficiently and effectively delivering world-class HR at Nike.

Matheson’s strong relationship with Nike’s executive team as well as her strong partnership with Nike’s CEO John Donahoe, allowed her to create a business case and roadmap for Nike human resources technology investments and their potential value.

When Donanhue joined as company CEO in 2020, he noted the lack of investment in Nike human resources during his initial evaluations of the company's tech infrastructure. Matheson majorly credits Donahue for bringing a fresh perspective to Nike HR tech investment and providing it with the attention it required.

The company adopted a more inclusive way of thinking about HR technology and investments. In action, this translates to Nike rolling out large-scale, cloud based platforms, alongside smaller-ticket HR tools. This includes tools like Ten Thousand Coffees for career development, Textio for non-biased hiring, Miro for visual collaboration, and Qualtrics to glean insights from its global workforce, among other solutions.

On the fair side, Nike’s employees reacted to this disruptive change with invigoration and positivity, rather than intimidation by HR technology.

Matheson’s philosophy during such an exciting time for the company?

“Let’s let the tech do what tech can do and let the humans do the things that only humans can do.”

That philosophy in part reflects a powerful mentality that Korn Ferry’s Dennis Baltzley, who has worked with more than a dozen Nike senior teams in his role as global solution leader for leadership development, sees shining through in three parts at Nike.

The first is what he refers to as the will to win through healthy and fair competition. "Nike has demonstrated the courage and determination to power through extraordinarily disruptive change and deliver," he says.

Second, rather than debating strategy, Nike leaders take responsibility for the challenges that must be addressed. This entails “tackling seemingly insurmountable challenges and interdependencies head-on and taking progress inch by inch.”

Finally, according to Baltzley, Nike leaders drive hard and pivot quickly. “They run the play hard, and if it doesn’t work, they try something new,” he says. “It seems simple but the teams have an extraordinary ability to pivot together in an entirely new direction.”