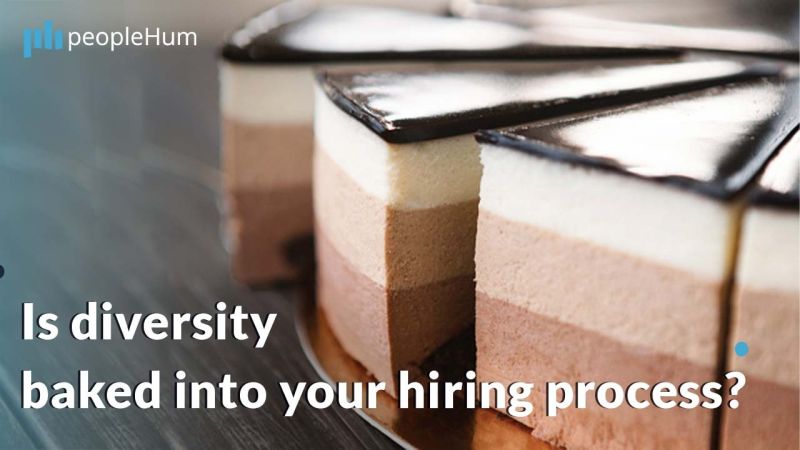 Is diversity baked into your hiring process?

A few years ago, we were asked to help a market leader that was intent on changing its culture to be more creative and innovative. (Sound familiar?) The company was spending a million dollars on messaging and elaborate company meetings to help “get the word out” and create excitement for this new, transformative initiative.

But even as its leaders spoke eloquently about the need for change — even hiring a guru to guide their efforts — few process changes were made, and they were hesitant to reconsider the kind of people they hired. They talked of needing people who were “cultural fits” even as they held meetings in which they touted the need for cultural change and disruption.

The company’s hiring practices were similar to those we see in most organizations, perhaps even your own. After candidates were identified, an internal team of “high performers,” along with HR representatives, reviewed the applicants’ résumés to ensure they had the requisite experience. Unfortunately, this meant most applicant experiences were similar. The unintended result? A candidate pool with little experiential diversity.

But it didn’t end there. After “qualified” candidates interviewed with the hiring teams, they were ranked by the group. If any members of the hiring team had a concern about a person, those concerns were noted. Strong objections by a couple of group members, as a practical matter, were enough to give a candidate the boot.

Predictably, the least objectionable candidate — who typically looked, acted, and thought like other members of the group — became the team’s preferred choice.

If we want change, we need to expect challenges

When we asked the hiring team how the hiring process supported a culture of innovation, team members told us that their diverse hiring criteria included experience in helping organizations change.

Pushing back, we asked the team to consider which types of people would contribute different and creative ideas. What employee characteristics would help the organization change? For instance, had they valued people who were:

“Why would we hire someone who is hard to manage, never satisfied, and always questioning what we do? We’re pretty good here, you know. If we hired people who we knew would consistently challenge what we learned yesterday, we’d never get anything done".

We say we want change, but do we?

The truth is, even if we’re committed to recruiting more diverse teams, we’re often painfully unaware of how our hiring processes give preference to people who are more like us. As a result, we often allow the long-term effects of our biases, knowingly or unknowingly, to be hidden in our collective consciousness, in our culture. Over time, groups that cling to such processes tend to become more homogeneous, not less.

Even when we manage to hire authentically diverse teams — composed of different backgrounds, races, genders, ages, perspectives, and beliefs — we expect everyone to come together in a fabled “kumbaya” moment.

True diversity in the hiring process begins with intention

Recruiting a more diverse and successful team begins with intention. The kind of intention that’s required is more than a desire or wish. It’s a conscious, mindful choice based on a belief that diversity is critical to the team’s success. It requires that we create processes that are built for diversity. Our preference for people who look and think and act like us is strong and can only be overcome with a structured commitment to embrace people who often make us uncomfortable.

So, where should we start? Here are a few ideas:

It’s easier to become diverse before biases have become ingrained in our hiring practices.

2. Be clear on the type of people you hope to hire

Do they share your values? Are they competent? Good thinkers? Willing to change? Ready to speak truth to power? Confident? Good leaders? Having clarity is a necessary first step to building a successful diverse hiring process.

Superficial aspects of a person’s bio often outweigh an applicant’s talent or potential. The fix? Implement a blind submissions process — stripping away names, ages, and gender. Create a process in which people cannot “see” the applicants when initially judging their competence.

4. Put more diversity, of all types, on your hiring team

The research on this is clear: a diverse hiring team will recruit more diverse members.

5. Expand your personal and professional networks

Our personal preferences are affected by our experiences. For example, research shows that fathers with daughters are more likely to hire women. Having more experience with an unrepresented group makes their inclusion more likely.

6. Confront bias when you see it

When we tolerate bias, we teach that it’s acceptable.

Learning to appreciate our differences — and to embrace diversity — is what ultimately fuels an organization’s competitive advantage. Only when people challenge us to think and act differently can we create the remarkable. So, let’s get to it.

Cynthia Trivella is the Managing Partner at TalentCulture . She has over 20 years' experience within the field of HR Communications, Talent Sourcing Strategies and Employment Branding using industry's best practices for attracting and retaining A-Level Talent candidates. She seeks to leverage her technical and marketing expertise to successfully develop and implement short- and long-term employee communication plans and processes that increase engagement and employee performance, all tied into the employer/employment brand within organizations of all sizes.

Blogs related to "
Is diversity baked into your hiring process?
"