<script type="application/ld+json">{  "@context" : "http://schema.org",  "@type" : "Article",  "name" : "Leadership Lessons of Steve Jobs",  "articleSection" : "24th February 2019, Steve Jobs would have turned 64. Is there a better day apart from today to talk about leadership and remember one of the greatest leaders we’ve ever had? The man was single-handedly responsible for exposing the undiscovered potential of Graphical User Interface and modern computing from the headquarters of Xerox PARC to a world that didn’t even know it needed (and would love) a technology like that. Call it beg, borrow, steal, Steve Jobs wasn’t worried about that because…",  "articleBody" : [ "Set a clear, achievable, united vision by the leadership for the entire company", "Keep it simple because that’s how your employees &amp; customers understand better", "Nobody innovates like Apple does because it takes courage to:", "Teamwork and collaboration are essential for bringing out the best ideas" ],  "url" : "http://www.peoplehum.com/blog/what-steve-jobs-taught-us-about-leadership",  "publisher" : {    "@type" : "Organization",    "name" : "peopleHum"  }}</script> 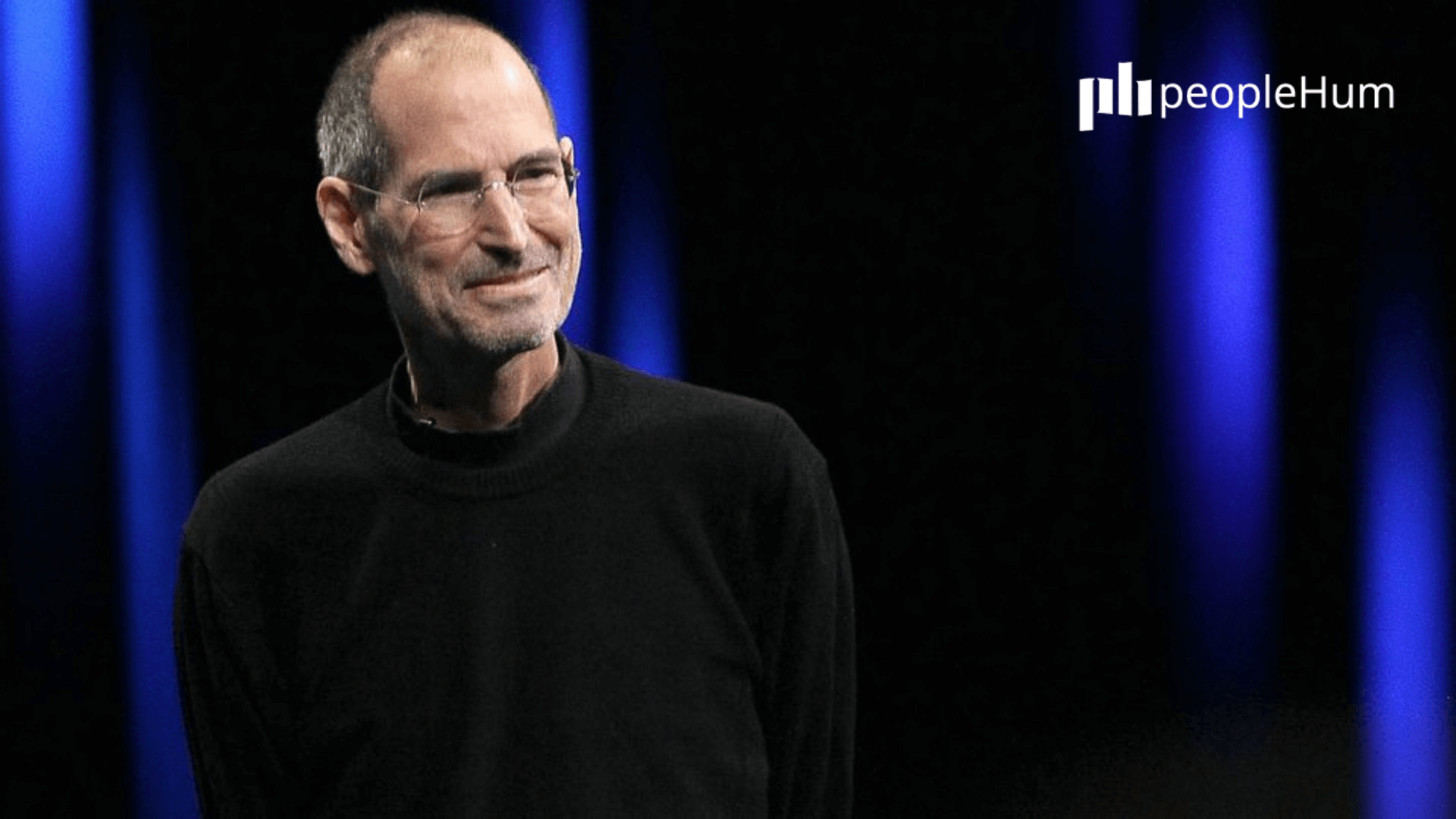 24th February 2019, Steve Jobs would have turned 64. Is there a better day apart from today to talk about leadership and remember one of the greatest leaders we’ve ever had? The man was single-handedly responsible for exposing the undiscovered potential of Graphical User Interface and modern computing from the headquarters of Xerox PARC to a world that didn’t even know it needed (and would love) a technology like that. Call it beg, borrow, steal, Steve Jobs wasn’t worried about that because…

“… your time is limited. So, don’t waste it living someone else’s life. Don’t be trapped by Dogma, which is living with the results of other people’s thinking. Don’t let the noise of other’s opinions drown down your inner voice. And most important, have the courage to follow your heart and intuition. They somehow already know what you truly want to become. Everything else is secondary.”– Steve Jobs

All he cared about was bringing an unprecedented disruption in technology. The first attempt with Lisa was phenomenal that lead to the inception of The Great Macintosh, a.k.a. The Mac. So, today we remember the man who outlived every single leader of his time even with an unfortunate brief stay. Let’s see how Steve Jobs leadership lessons influences the hidden leader within us.

A master at inspiring, persuading and leading a team

Some of the people with whom he worked would describe him as abrasive but undeniably, he was a great leader and an inspiration to Think Different. He came back to join Apple at a time when employees, customers, investors, in fact when everybody was questioning the potential of the leadership and existence of the company but his vision turned the tables around. Being the kind of visionary that he was he believed in reiterating his vision to all the employees.

In one of his interviews, he talked about how important it is to take every single step forward. It doesn’t matter if you have a goal to cover 1,000 miles, what matters is you must know that it exists. Therefore, every aspiring successful organisation needs someone from the leadership as a reiterator, who must remind the employees how hard they are working and that they are one step closer. “I do that a lot”, said Steve Jobs.

Set a clear, achievable, united vision by the leadership for the entire company

Managing people is not an easy task, whether you manage a small team or an entire organisation. Employees cannot afford to operate with an individual purpose by running in their own respective direction. Doing so creates a void that is impossible to fill in. Therefore, leadership is important and a strong leadership can help align the company with its vision. What they must do is work together in collaboration as a team to achieve a common goal. Steve Jobs’s vision wasn’t just about creating a box that would help people do their jobs but creating a dent in the Universe.

The core values of Apple lie within the fact that, “people with passion can change the world for the better.” Isn’t it what Apple products are accomplishing every single day even after 43 years since the company’s inception from his parents’ garage?

Be it a product description or a marketing message, Steve Jobs leadership lessons always talked about keeping it short, simple and real. He believed that each employee, and not just the leadership, is the face of the organisation. The core values, vision and messaging must be succinctly demonstrated by the leadership so that they are able to communicate the same to the people around them.

You would always find him talking about building a ‘better’ rather than the ‘best’ product. That’s because he believed in simplification and improvement. Be it product design, business strategy, communications and presentations, subtraction often adds value. The next-generation MacBook eliminated 60 percent of the computer’s major structural parts.

According to Jonathan Paul Ive, Chief Designer at Apple, also popularly known as Jony, “We are absolutely consumed by trying to develop a solution that is very simple, because as physical beings we understand clarity.”

Nobody innovates like Apple does because it takes courage to:

They said, and still do, that you know that you have created the perfect design when there is nothing else left to remove. Customers demand, as well as like, a product that is free from clutter. It ensures the best user experience. So, “get rid of the crappy stuff.” One of the many reasons why Jobs believed in simplicity is because, being in the leadership team, it makes it easier to be ruthless about what you believe in and therefore, abide by it. Otherwise, what’s the point of being in the leadership team or doing anything at all?

Teamwork and collaboration are essential for bringing out the best ideas

Some say that when Steve Jobs spoke to them, they could actually feel the electricity in their body. They could feel his charisma and leadership because his pitch was certainly convincing and compelling. He pushed people to go to really extreme measures to do things that they wouldn’t have been able to pull off otherwise. Even his team suggests that Steve Jobs, at times, would demand for features that were, “technologically infeasible and ridiculous”. However, it was his way of bringing out the best of the best ideas.

To be successful, you have to be incredibly collaborative and you have to let the best ideas win. Here’s what he one said about leadership, teamwork and collaboration, something that has stayed and will stay with us for the rest of our lives-

“You have to trust your team that they will bring everything together into a product. I meet with teams of people and work on ideas to make new products and marketing programs. If you want to hire great people and make them stay then you have to let them make decisions and run by ideas rather than hierarchy. The best ideas have to win otherwise good people don’t stay.”

Steve Jobs was harsh because he was emotional and he deeply believed in leadership and driving the customers with emotions. That was his idea of driving the world with this leadership. That’s where the unconventional marketing ideas came from and still do. Watch the earlier Apple commercials to get a sense of his leadership and this ‘ emotional drive’.

In the end, leadership is a hard skill to learn but definitely not impossible. However, wherever you are and whatever you do being in the leadership team, remember that time takes care of a lot of stuff. So, “stay hungry, stay foolish.” – Steve Jobs.