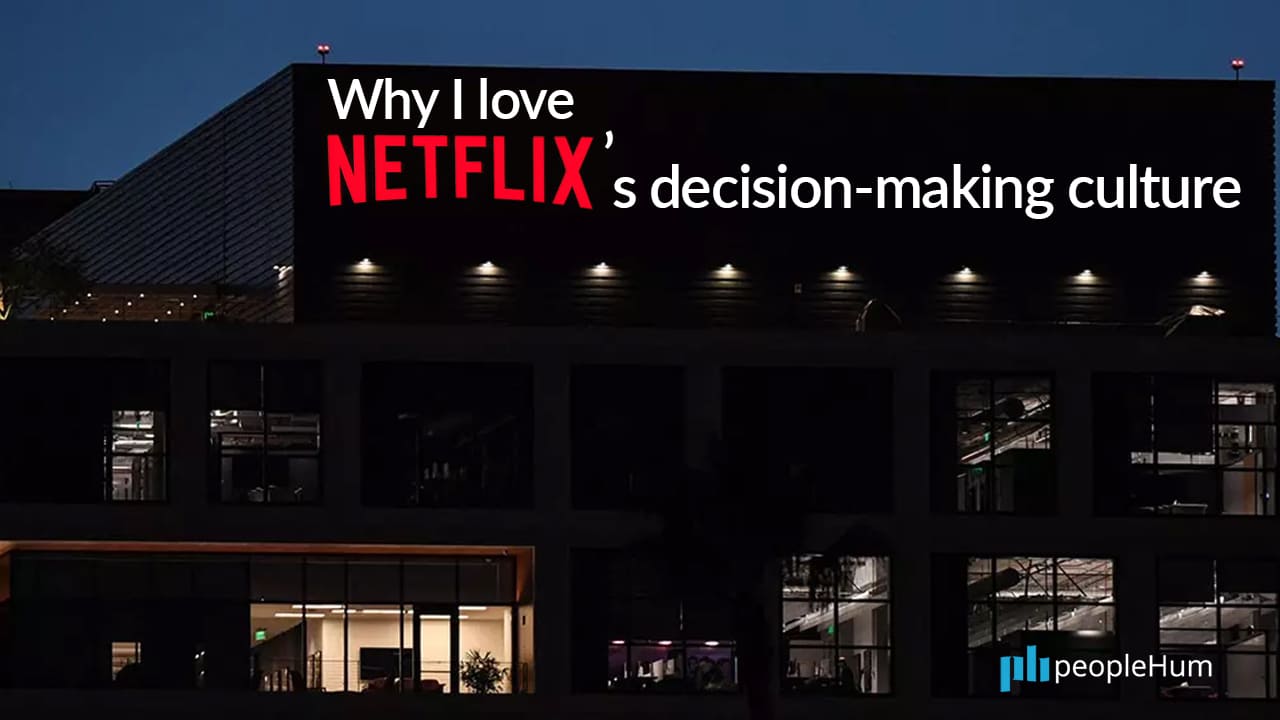 Why I love Netflix's decision-making culture

Netflix recently announced it is planning to issue roughly $2 billion in bonds to fund corporate activities including but not limited to the development of new shows and content acquisitions. According to SEC filings, this would push the company’s total short and long-term debt to over $20 billion.

No one on Wall Street seems to be worried in the slightest. The company continues to dazzle with healthy subscriber growth. Notably, the number of global subscriptions has rocketed to 137 million.

How does the company balance a high debt load and lofty subscriber growth targets with the need to offer creative programming to its growing audience?

In part, it has to do with the Netflix decision-making DNA. Other organizations would be wise to take notice.

Netflix has long been a favoured story in Silicon Valley for the way in which it operates. The company produced what is colloquially known as their “culture deck” put together over a ten-year period through the efforts and contributions of many employees. The simple PowerPoint presentation was publicly available off their website, and it became a manifesto of sorts. The document detailed the Netflix culture, its corporate values, and the way it expected current or potential employees to behave.

Officially titled the “freedom and responsibility” slide deck, it is the first value titled “Judgment” and the accompanying recommended work behaviours that we should pay attention. That first value outlines Netflix decision-making ways and accompanying expected behaviours.

Notably, Netflix encourages its employees to “make wise decisions despite ambiguity.” The company empowers its team members not only to make the decision but to do so “based on the long-term, not near term.” Debt is not the issue at Netflix. Unable to make strategic, informed decisions based on data and fact is their quintessential concern. If employees are not making informed decisions with Netflix’s money, what good is the debt in the first place?

Furthermore, employees “identify root causes, and get beyond treating symptoms.” In a world that is low on time, addicted to busyness, and distracted by mobile phone notifications, Netflix will have none of it. The company encourages its staff to take the time first to be creative at work—to ensure options, ideas and opportunities are properly dreamed up—and then it moves into judicious decision making at Netflix for the long-term.

Part of its “Judgment” value stems from the teachings of Greek philosopher Aristotle. He was known for a type of thinking called “first principle” thinking. Reed Hastings, Netflix CEO, adopted the concept and employed it as a means in which to further define the Netflix decision-making.

In an interview, Hastings said,

It is a sublime lesson for many of us. Continue to question the status quo, act and use judgment in the best interests of the company, and never rest on the laurels of a singular decision.

Hastings has created a company culture that is so used to autonomy in Netflix decision-making process that he might not even make one. For example, during an interview with TED founder Chris Anderson, Hastings said: “I pride myself on making as few decisions as possible in a quarter.”

It is the epitome of the Netflix decision-making culture, in particular how its senior leaders empower employees to use wise judgment in all of their actions. “Sometimes I can go a whole quarter without making any decisions,” he continued. He also insists that employees from all levels have access to information, other decisions and ideas. Nothing gets hoarded. He said, “What we’re trying to do is build a sense of responsibility in people and empower them to do things.”

In other words, an organization’s primary operating principle ought to be good judgment, not good administration. When a company recognizes the importance of empowering employees such that they make sound decisions on behalf of the company’s long-term goals, it becomes a recipe for operating a highly engaged workforce.

In other words, sound judgment is at the root of the thriving Netflix culture. The company may currently possess $20 billion in debt, but because of its firm belief in the importance of decision-making at Netflix, they most likely will continue to be successful in the long-term than not.

Blogs related to "
Why I love Netflix's decision-making culture
"