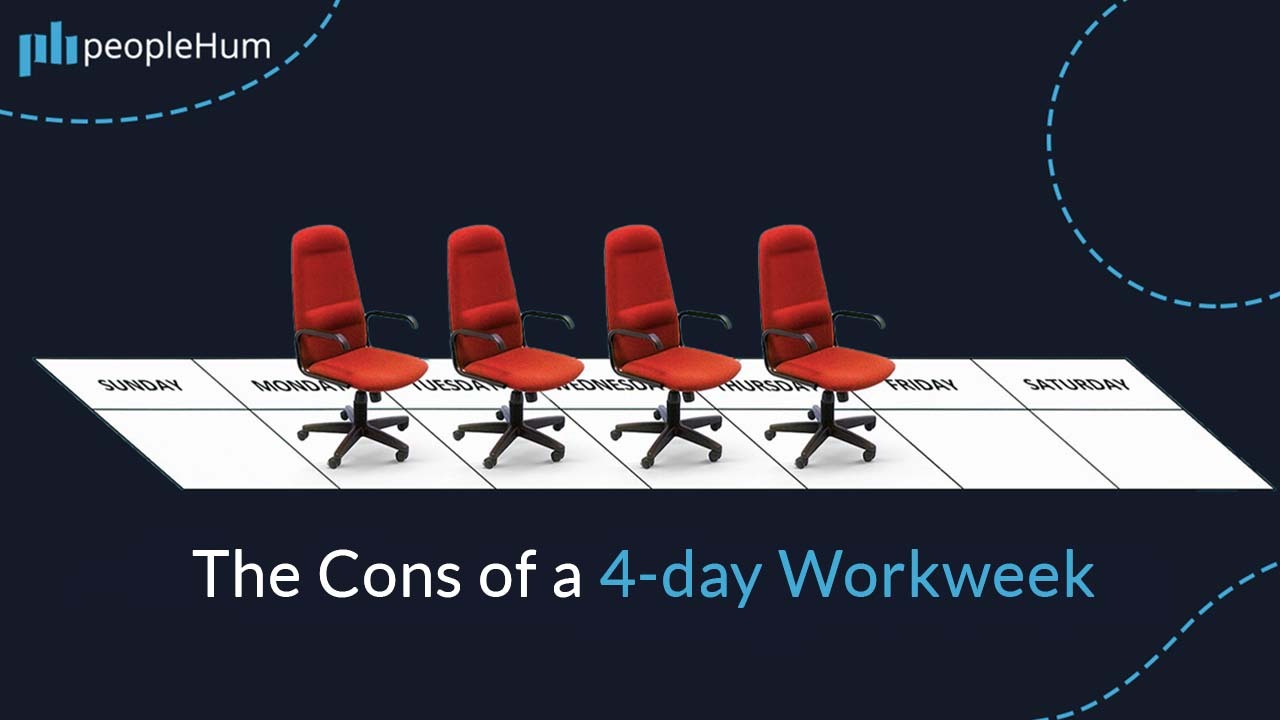 The Cons of a 4-Day Workweek

A four-day workweek is a system of working where employees or students have their shifts over four days, rather than the usual five. This arrangement can be used to cut costs and save energy, though it may also require employees to take unpaid leave.

The world is starting to dream about a 4-day work week - which means, ahem, a three-day weekend becoming a reality.

Headlines have gone as far as to declare “the five-day work week is dead.” But some radical billionaires hold views that favour the cons of a 4-day work week.

Alibaba’s Chairman Jack Ma says companies must adopt an even shorter workweek of only 12 hours/week because of the rise of Al. Others like Tesla's Elon Musk believe employees must devote roughly 80 hours per week to create an impact.

“There are way easier places to work, but nobody ever changed the world on 40 hours a week.”- Musk said.

Andrew Barnes laughed when asked about each of these concepts.

“They are extremely wealthy as a consequence of running their businesses. But in their businesses are a bunch of normal men and women who do not aspire to or do not necessarily have the ability to climb to the top of the tree in their respective businesses.” - Barnes, CEO of Perceptual Guardian & Author of The Four Day Week.

Why is there clatter about the 4 day work week?

A possible set of questions any working person might encounter: Why will organizations let employees work only 4 days a week? How can such a favourable wish come true? The answer to these queries will become clear if we rewind our clocks to the period of the Great Resignation.

Several companies thought working remotely was impossible for their business. But the Great Resignation forced organizations to rethink how they operate. From what it appears, the four-day workweek might be an effective strategy to both retain and attract people.

Let’s look at this timeline of events thoughtfully depicted by SHRM:

It's easy to forget the 5-day & 40-hour workweek is a relatively new creation because it's so ingrained in our culture. Working conditions throughout the Industrial Revolution were dreadful, with 12 to 16-hour days and 6 to 7-day workweeks. Ford became the first among the four-day workweek companies in 1926.

Today, the numbers are high: 83% of people are enthusiastic about the four-day week. 87% said they’d work longer hours every day to get that extra day off. But there's a catch. Many said that swapping a smaller workweek for a smaller pay isn't an option.

Writers today are quick to attribute great advantages of the four-day workweek with only passing consideration to its costs and reality. Here are the disadvantages of a 4 day work week.

All that has been written on a four-day workweek is packed with missionary enthusiasm. It’s true that employees who worked 4 days a week were happier with their autonomy, personal worth and job security than those who worked a five-day workweek. But when employees were polled again after 25 months, nearly all admitted that the improvements had vanished.

The data further revealed that a range of stated benefits from the 4-day workweek exists only in the short term. It’s therefore crucial to read about the advantages of a four-day workweek with caution - separating fact from opinion, hope from reality, and the short run from the long run. Disadvantages of a 4 day work week ought to be taken into consideration - while also assessing if the benefits predicted from its adoption are realistic.

The credit of excitement for a four-day workweek goes to the ideology: When people are exposed to a new system, they assume it to be beneficial simply because the system is new. This can be referred to as the Hawthorne effect.

Now if an organisation introduces the four-day workweek policy, employee morale will undoubtedly rise. The program will be called a success. But the introduction of a 4-day workweek can only reduce the symptoms of workplace issues, it won’t address the hidden causes.

Much of the enthusiasm for the 4-day workweek appears to stem from the apparent benefit of having one extra day off. That extra day off comes at a cost. Would employees' reactions to a new "ten-hour workday" be as joyful if polled?

In France, employees in a four-day workweek experiment ended up working the same hours as before. The only difference? The company had to pay overtime - an overhead additional cost. A study finds that employees working on a compressed schedule also had higher levels of absenteeism in comparison to traditional work schedules.

Myron Fottler questioned the high rates of employees accepting the four-day workweek. Let’s understand Fottler’s problems with a 4-day workweek by taking an example of his study.

After a trial period, employees were given the chance to Reject or Accept a 4-day workweek. This is where employee acceptance dropped. Only 56% of employees voted to continue the program after 6 months of adoption. These ringing disadvantages of a 4-day workweek are not addressed in the plethora of articles that favour the movement.

Some thinkers believe that working hours were not cut down as a whole. They were redesigned for employees to enjoy some meaningful, free time. An Icelandic study suggests that working fewer hours is possible by shortening breaks, limiting meetings and eliminating needless tasks.

Instead of “reducing hours,” companies can allow employees the flexibility to determine how they work best. They can encourage work-life balance and promote mental & physical employee well-being.  They can also reorganize to allow employees to disconnect from technology-enabled work tasks (for example, email) when not at work.

6) Fatigue and stress levels may be compromised

Working only 4 days/week might sound attractive but the results might leave employees with a packed day with more meetings. This implies far more intensity - which indeed means stress and burnout. Employers will ultimately demand more dedication during the four days. The question is raised on whether the benefits of a three-day weekend can negate this new workplace stress.

Swap spreadsheets for software and manage your team from anywhere with peopleHum.
TRY FOR FREE

The last among our problems with a four-day workweek is hidden in the specific situation where men and women would take the extra day off - and put it to a different use. If a man uses such flexible policy to work when he’s productive - and a woman uses it to handle childrearing, men are at a competitive advantage in the utilization of a four-day workweek.

The influence of the four-day workweek on senior workers is another important but unexplored topic. The health implications of longer working hours on an elderly population must be addressed before a four-day workweek can be implemented.

What became of all those four-day work proposals that were so popular? Like many other trends, the four-day workweek peaked and then faded away. The enthusiasm for switching to a four-day workweek vanished almost as quickly as it arrived. We are currently riding the crest of a new wave of worldwide blogosphere interest.

This argument is crucial in shaping debates about the pros and cons of a 4 day work week, and it may cause managers to reconsider making extreme changes. When discussing the future of the four-day workweek, we should remember the lessons of the past and proceed with caution.

Blogs related to "
The Cons of a 4-Day Workweek
" 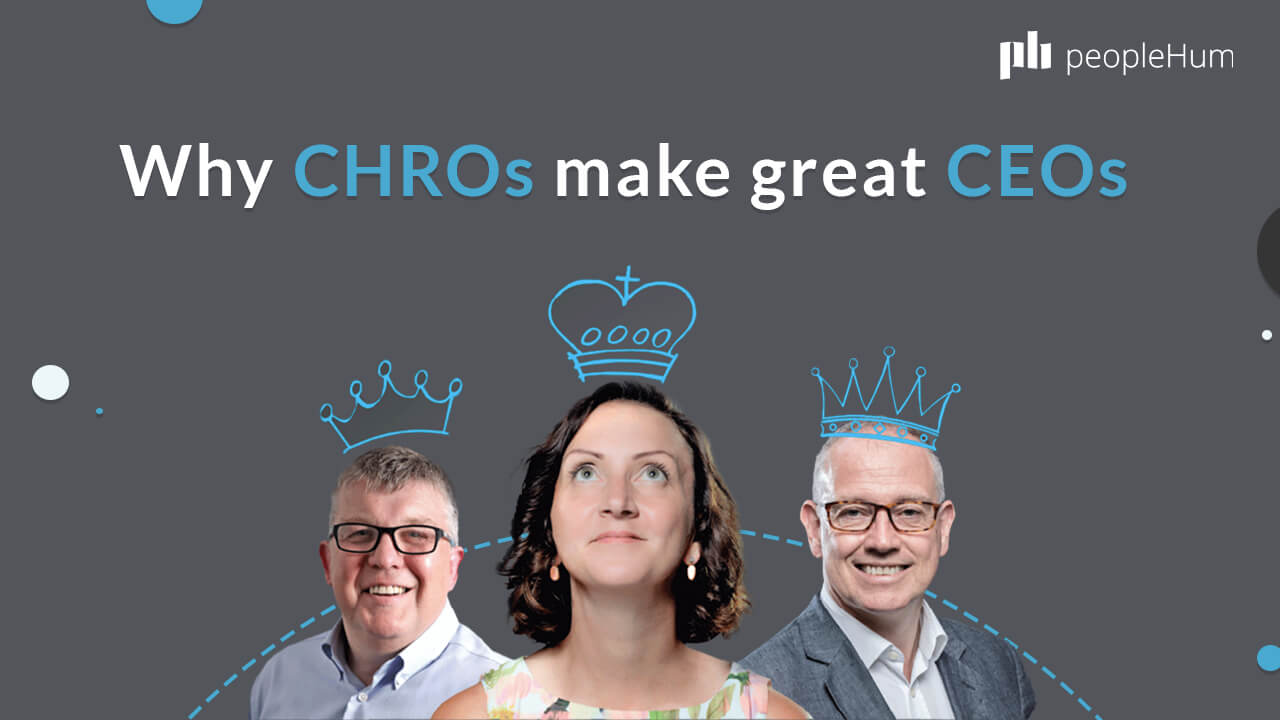 Can HR become CEO of a company? Find out some eye-opening reasons on why HR heads would make great CEOs