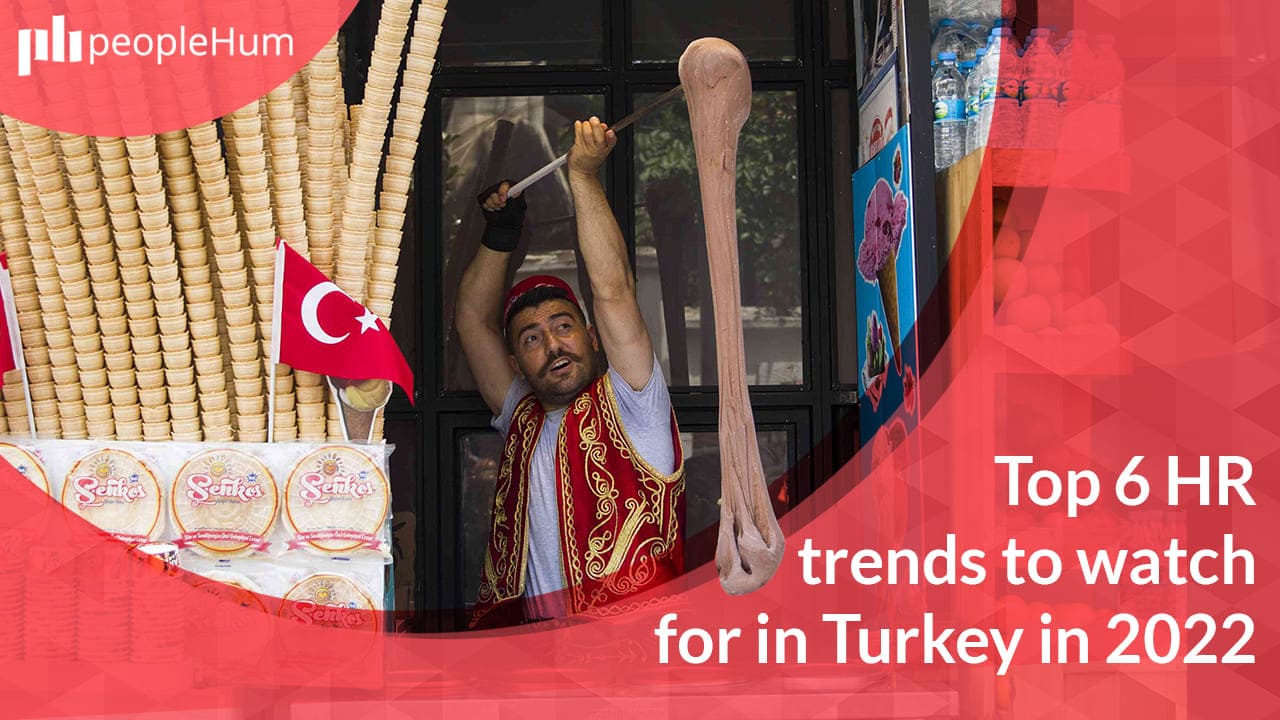 Take a look at the map of the world and you will see the Republic of Turkey situated at the crossroads between Europe and Asia. Its historical identity and geographic position between these two continents have exposed the nation and its society to both Eastern and Western influences. As a result, the culture hosts unique blends of traditional and modern conventions and religious and secular practices.
‍

In Turkish culture, business culture is still very personal. The success of a business largely depends upon one’s ability to build effective relationships. Now, factor in the events of Covid-19 and the effects they would have on a society that is based on personal & verbal relationships rather than digital ones.
‍

By taking a closer look at the HR trends to watch for in Turkey in 2023, we aim to uncover the effects that the pandemic, the depreciating lira, and a breakdown in traditional communication had on employees, leaders, and organizations.

Minimum wage workers make up more than 40% of the total workforce of Turkey. As a result of the central bank unleashing a series of lira-weakening interest cuts, Turkey’s minimum wage will rise by 50% in 2023 to offset the consequent surge in living costs.
‍

Rising costs due to the depreciation of the currency lowered the living standards of wage earners. The increase in earnings offsets the depreciation of the lira, thus wiping out most of the cost competitiveness. This increase in the minimum wage by 50% has been the highest raise in the last 50 years. As one of the major HR trends to watch for in Turkey, this shows the determination to not have workers crushed under price increases.
‍

While it may look like it may spur struggling companies to pay less and lead to rising unemployment, the reality speaks otherwise. Official data reports that the number of unemployed people in Turkey dropped 0.3 percentage points month-over-month to 10.9% in May.

The pandemic forced businesses all over Turkey to reassess their willingness to hire remote workers, which ultimately led to an amendment to the labor code that outlines the hiring procedures. On March 10, 2021, the Regulation on Remote Work took effect, and it provides guidance to employers on how to legally implement and onboard remote workers.
‍

Remote work rose into effect because of the pandemic. The remote work regulation was drafted to align with the new practices and requirements that arose out of remote work. It states that the employee and the employer must have a written contract before starting remote work. They must also, in written format, maintain the duration of remote work, salary-payment methodology, and the tools and equipment that will be provided .
‍

It is certain that automation and digitization will have an impact on the overall labor force in Turkey. And in order to keep up with the demands of a digitized workplace, 21.2 million people in the Turkish workforce will need to improve their technical skills while remaining employed in their current jobs.
‍

Demand for workers with social and technological skills will rise over the next ten years. By 2030, it is anticipated that the number of hours worked will have nearly doubled, with technological skills seeing the largest increase (63%) in that regard. Social skills are expected to increase by 22%.
‍

When we look at the economy as a whole, we can see that most industries require more technological know-how. In most industries, including the arts and entertainment, services, and finance, social skills are equally important, highlighting the value of satisfying client interactions. In contrast, most industries experience a decline in basic cognitive, physical, and manual skills due to the ease with which data entry, fundamental literacy, and numeracy, as well as equipment operation, can be automated.
‍

Overall, the Turkish workforce's skills may require significant improvement. Reskilling and upskilling efforts would be critical in achieving long-term change in the workforce.

While automation, artificial intelligence, and digital technologies present numerous opportunities for Turkey, they also pose significant difficulties. Building a competitive workforce and ensuring sustainable productivity growth depends on recognizing these issues and taking action to solve them. According to two-thirds of senior executives and union representatives, automation will increase the competitiveness of the Turkish economy. However, executives also think that neither their own organizations nor any other institutions are prepared for automation.
‍

Automation, AI, and digital technologies present Turkey with significant opportunities to increase productivity and create a large number of new jobs. Investing in talent transformation to help people acquire new skills is the need of the hour. To achieve this transformation, it is critical that all stakeholders collaborate.

In the next top HR trend to watch for in Turkey, it is notable that the country has a relatively high automation potential of 50%, highly concentrated in the manufacturing, agriculture, and trade sectors, which have a high proportion of predictable work activities.
‍

The early adoption of digital technologies could trigger a huge productivity boost, but it would also have to complement changes in employment conditions and in society at large. This would further require the quick development of technologies and solutions, supported by significant investment, research, and infrastructure.

Late adoption, on the other hand, could diffuse the problem of job displacement due to automation but could lead Turkish companies to a disadvantage by making them less competitive globally.
‍

But in most occupations in Turkey, technology is more likely to complement work activities rather than totally replace them. Despite changes in total employment across major sectors such as agriculture and services, the labor force participation rate remained stable, and total employment increased from 18 to 29 million. This suggests that the Turkish labor force can adapt to structural changes successfully.

One of the most significant factors driving job creation is rising income levels. In fact, an estimated 6.3 million job openings were contributed from this factor alone.
‍

Automation, artificial intelligence, and digital technologies are expected to transform and create new jobs in a variety of industries. According to a McKinsey study on Turkey's Talent Transformation in the Digital Era, the impact of automation and digitization could lead to job losses, but also create new ones by 2030 for a greater gain. As a result, the Turkish economy has the potential to add 3.1 million net new jobs by 2030, with a total demand for a workforce of 36.4 million expected. 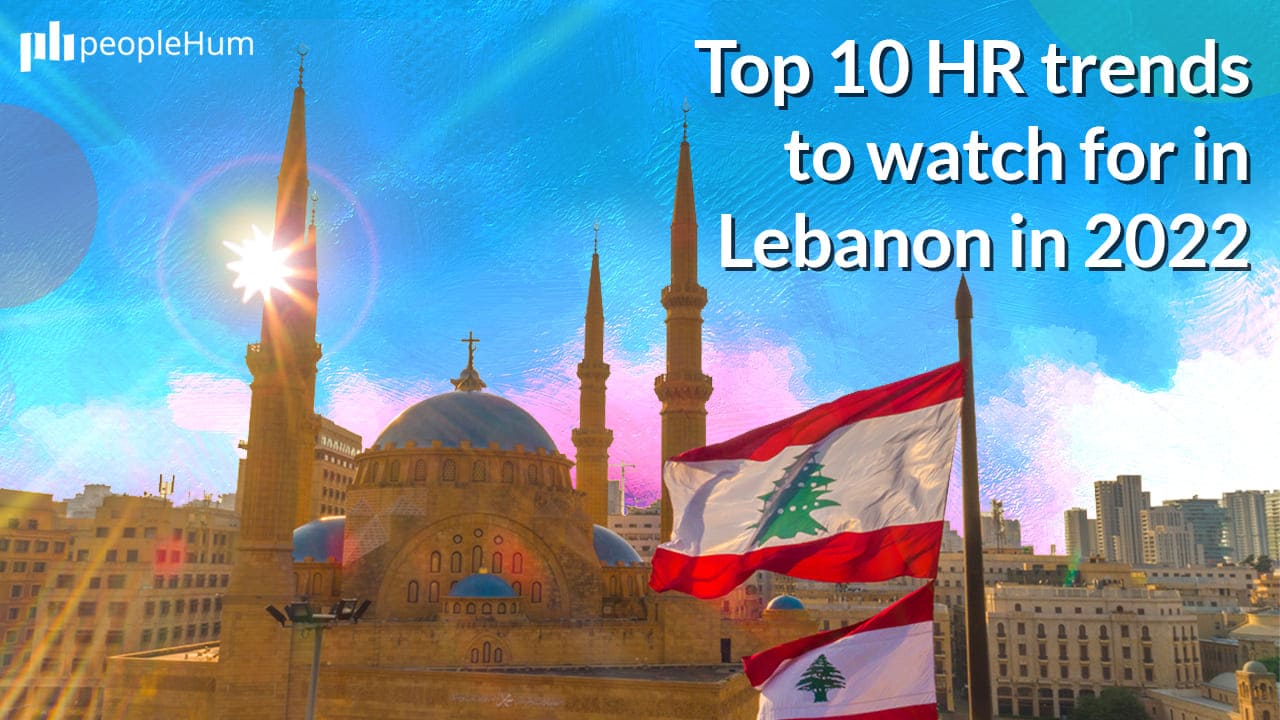 After the events that rocked Lebanon, businesses and HR are gearing up to transform the way they operate. These are the HR trends to watch for in Lebanon in 2022. For HR professionals in the retail sector, general challenges took a back seat as newer & urgent ones emerged. Here’s an exploration of HR challenges in the Retail sector – and how they can be solved. Here's the playbook about getting off to a strong start as a new Chief Human Resources Officer.