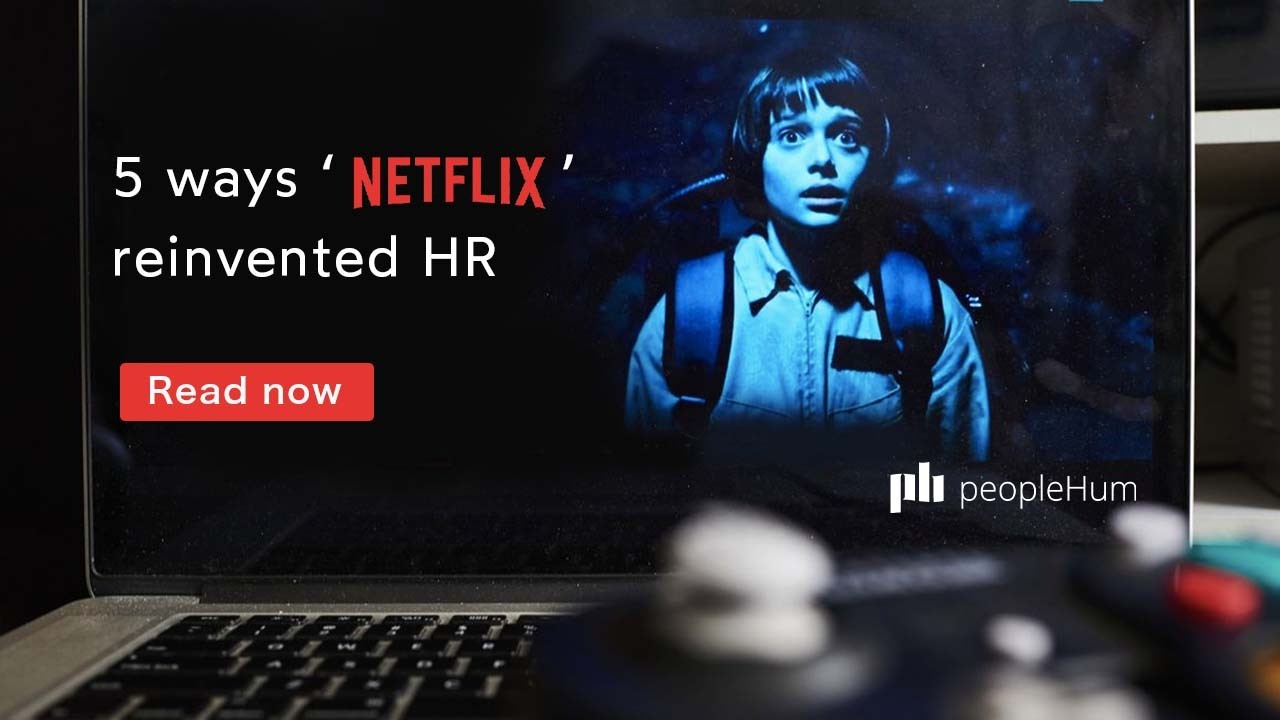 “We had no idea it would go viral” said Patty McCord, one of the geniuses behind the 129 slides of 'Netflix Culture Desk' - and former Chief Talent Officer at Netflix.

It’s been over 6 years since the Powerpoint on Netflix's management style was posted online. But the takeaways from its creators - Patty McCord, Reed Readlings and colleagues, are yet to be reinforced in the veins of many organisations. The PowerPoint won over 5 million views on the internet. It had an opening line that got us curious before clicking on this article. “What gives Netflix the best chance of continuous success for generations of technology and people?” Let's find out How Netflix reinvented HR.

When the tech bubble burst, Netflix's need to layoff employees became clear. “It was brutal.” said McCord. But something changed.

The rise of DVD players grew into demand. “By early 2002, our DVD-by mail subscription business was growing like crazy. (And) suddenly we had far more work to do, with 30% fewer employees.” [Note: This marks Netflix’s need to hire new talent.]

The words of an engineer lit the first enigma of Netflix HR reinvention...

There are two incidents, in particular, which were a reason to How Netflix reinvented HR. One of Netflix’s best engineers (at that time) realised something after the layoffs, and cited to McCord, “I’ve learned that I’d rather work by myself than with subpar performers.”

“The best thing you can do for employees, a perk better than foosball or sushi, is hire only “A” players to work alongside them. Excellent colleagues trump everything else," realised McCord.

Another incident took place that led to How Netflix reinvented HR was when McCord had no choice but to lay off an an exceptional bookkeeper with a severance package. From this second incident came the second learning; as Patty McCord quotes,

“If we wanted only “A” players on the team, we had to be willing to let go of people whose skills no longer fit, no matter how valuable their contributions had once been.”

In the light of these two events, the team at Netflix then produced five strategies that gained popularity overnight. So, lets know How Netflix reinvented HR?

Today, Netflix’s vacation policy is nothing but “take vacation." Whereas, its employee expense policy is no longer than five words: “Act in Netflix’s best interests.”

Netflix initially had a paid-time-off policy of 10 vacation days, 10 holidays, and a few sick days. Right after this policy was publicly announced, the auditors mandated an official attendance and leave tracking system. But instead of shifting to a formal system, Netflix employees did the opposite.

"If you are careful about hiring people who will put the company’s interests first, who understand and support the desire for a high-performance workplace, 97% of your employees will do the right thing”

2. “Tell the truth about performance”

“We kept them fairly simply,” said McCord. “People were asked to identify things that co-workers should stop, start, or continue.”

Performance Improvement Plans (PIPs), McCord believes and we agree, are “fundamentally dishonest” and “never accomplish what their name implies.” Netflix also made the use of an HR software system to conduct the 360-degree reviews, and later, also held them face-to-face.

“In my experience, people can handle anything as long as they’re told the truth.”

3. “Leaders own the job of creating the company culture”

McCord stresses on the three issues that occur when leaders try to create a company culture. She shares a personal story of a new organisation she joined after Netflix.

When the CEO was showing her around, McCord asked about the most important value of his company. The CEO replied, “Efficiency.”

McCord continues, “Imagine that I work here, and it’s 2:58pm. I’m playing an intense game of pool, and I’m winning at it. I estimate that I can finish the game in 5 minutes. But we have a meeting at 3:00pm. Should I stay and win the game or cut if short for the meeting?"

“You must finish the game,” insisted the CEO; as many tech start-ups these days try to promote a casual culture, believes McCord. She further adds , “You told me that Efficiency is the important cultural value. It is not efficient to delay a meeting and keep co-workers waiting because of a pool game. Isn’t there a mismatch between the values that you are talking up and behaviours you’re modelling and encouraging?” This mismatch becomes the first issues according to McCord.

Second issue, is being sure that employees understand the “levers that drive the business.”

“Even if you have hired people who want to perform well, you need to clearly communicate how the company makes money and what behaviours will drive its success.”

Third issue, is the notion of a “spilt personality start-up.” See HR for Startups: The Ultimate Guide

“At Netflix, for instance, I sometimes had to remind people that there are big differences between the salaried staff at the headquarters and the hourly workers in the call centres.” she added. “As leaders build a company culture, they need to be aware of subcultures that might require different management.”

Must Read: How Google is using people analytics to completely reinvent HR

4. “Managers own the job of creating teams”

One of the most noticeable part in the ways of How Netflix reinvented HR of managers at Netflix were asked to picture what their team is accomplishing six months from now. Down the line, you would be asking two questions with regards to the vision.

"We continually told managers that building a great team was their most important task. We didn’t measure them (managers) on whether they were excellent coaches or mentors or got their paperwork done on time."

"Too many (HR specialists) devote time to morale improvement initiatives,” says McCord. Even today, we see many instances where the entire team aims to get their company onto the lists of “Best Places to Work.”

McCorth further suggests that “instead of cheerleading”, HRs need to think of themselves as business executives. They should consider what’s good for the company and how can that be communicated to the employees.

A simple test, according to McCord, would be to approach any employee and ask, “Do you know particularly what you should be doing right now to increase your bonus?” And if an employee fails to answer it, the Netflix HR department is not making things as clear as they need to be. This is How Netflix reinvented HR.